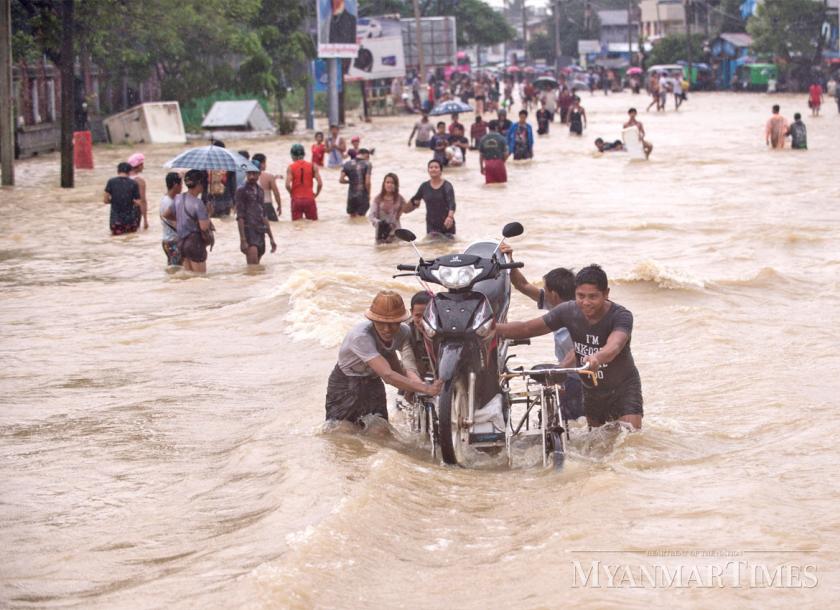 At least five people have been killed and over 95,000 people have been forced to flee their homes by widespread flooding in seven states and regions during the past week, the Disaster Management Department said.

It said two people died in the floods in Magwe, and one each in Tanintharyi, Bago and Nay Pyi Taw.

Sagaing and Ayeyarwady regions, and Mon and Kayin states were also hits by flooding, the department said.

Knut Ostby, United Nations resident coordinator in Myanmar, expressed great concern about the flooding and devastation of the country caused by heavy rain.