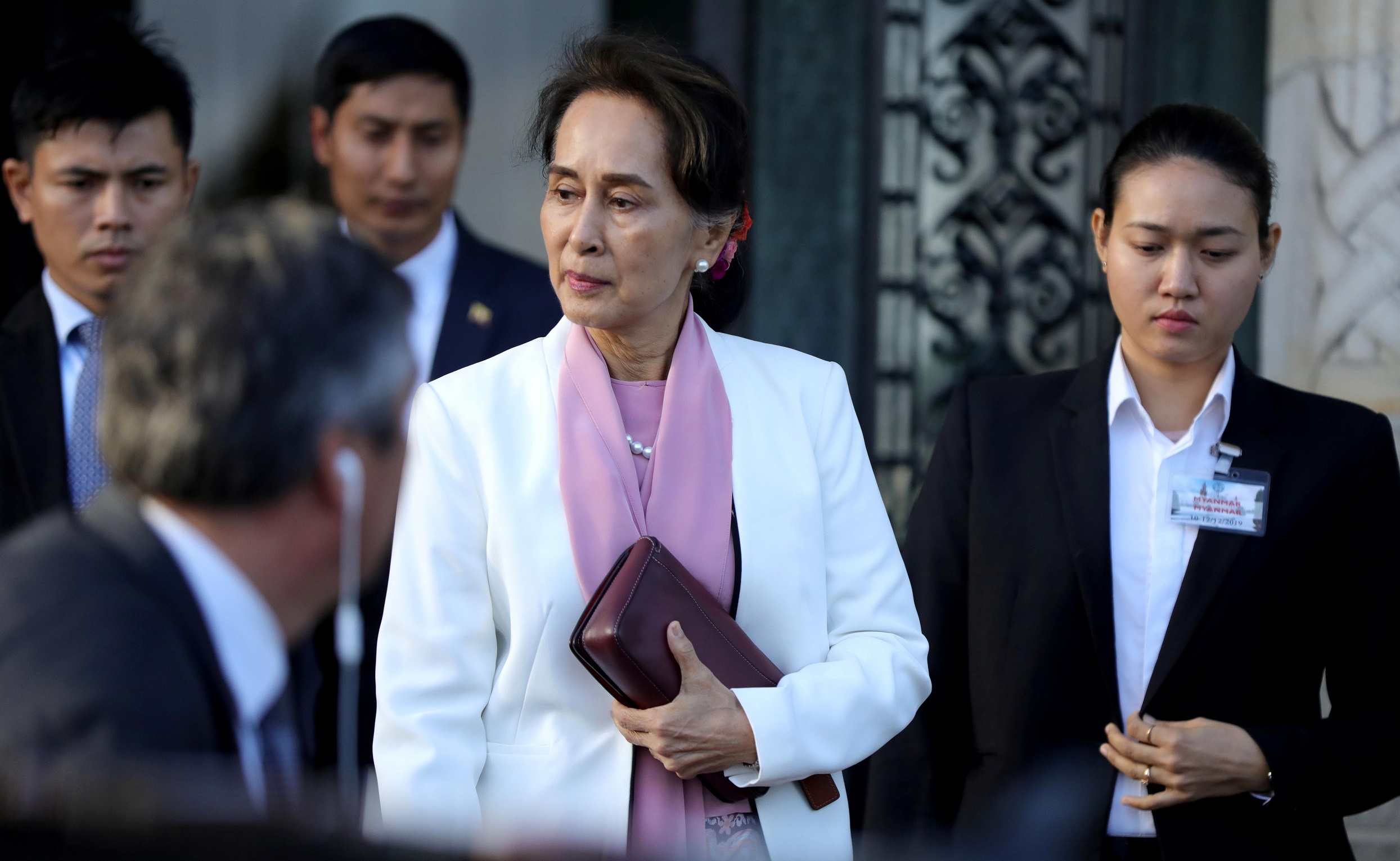 THE HAGUE (Reuters) – Myanmar leader Aung San Suu Kyi called on World Court judges on Thursday to dismiss an accusation of genocide against the country’s Rohingya Muslim minority, saying its own justice system should be given the chance to work first. Gambia has accused Myanmar of violating the 1948 Genocide Convention in a military campaign that expelled more than 730,000 Rohingya from Myanmar and it has asked the International Court of Justice to order “provisional measures” to prevent more harm. But Suu Kyi, who has denied genocide, said the U.N. court should not have jurisdiction. “Myanmar requests the court to remove the case from its list,” Suu Kyi said on the third and final day of hearings in The Hague. “In the alternative (the court should) reject the request for provisional measures submitted by the Gambia.”