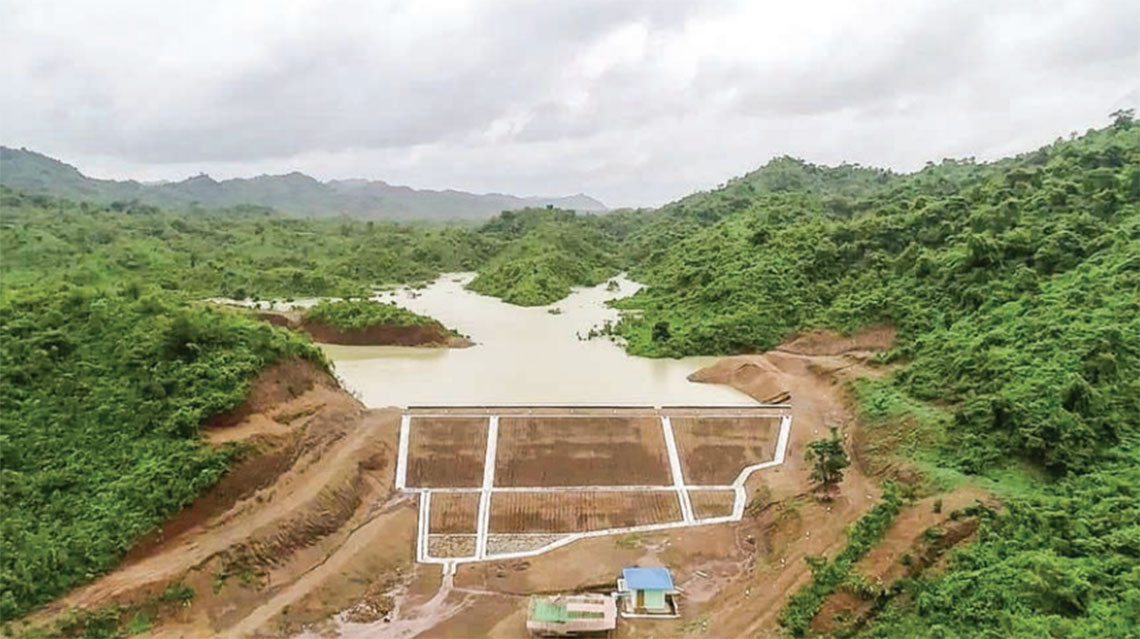 THE Rakhine State branch of the Department of Irrigation and Water Utilization Management (IWUMD) built the Yoetayok Dam in Ponnagyun Township in the fiscal year 2018-2019.

The dam near Yotayok village is one of the dams the department built in Rakhine State for preventing floods during the monsoons and supplying water during the summer.

“We are building dams in the state to prevent floods in the rainy season and store water for summer use. We are also building embankments and sluicegates to halt the flow of sea water into cultivation fields. Additionally, we are conducting proper maintenance of the existing facilities,” said U Kyaw Naing Oo, Director of IWUMD.

Located 1.5 miles west of Yotayok village, the Yoetayok Dam is an earth type facility. The average volume of water inflow is 116 million gallons. It has a maximum storage capacity of 69.10 million gallons of which 64.68mmillion gallons can be supplied for various purposes.

“The Yotayok Dam can supply enough drinking water for 5878 persons of 1253 households of nearby villages and for farm and draft animals and can prevent flood during the rainy season,” he added. Although Rakhine State gets about 200 inches of rain annually, the summer heat dries up many of the streams, lakes and wells, especially in the rural areas. So many places of the state face water shortage during the summer. But in the rainy season, some place face floods. So, the department is building dams to solve those problems to the most possible degree, according to the sources of IWUMD. IWUMD built 11 dams in fiscal year 2018-2019 for agricultural development, availability of irrigation water, flood prevention and water supply in summer. — Han Min