Skip to content
mewashingtondcHome » » Democratic Transition in Myanmar: Challenges and the Way Forward 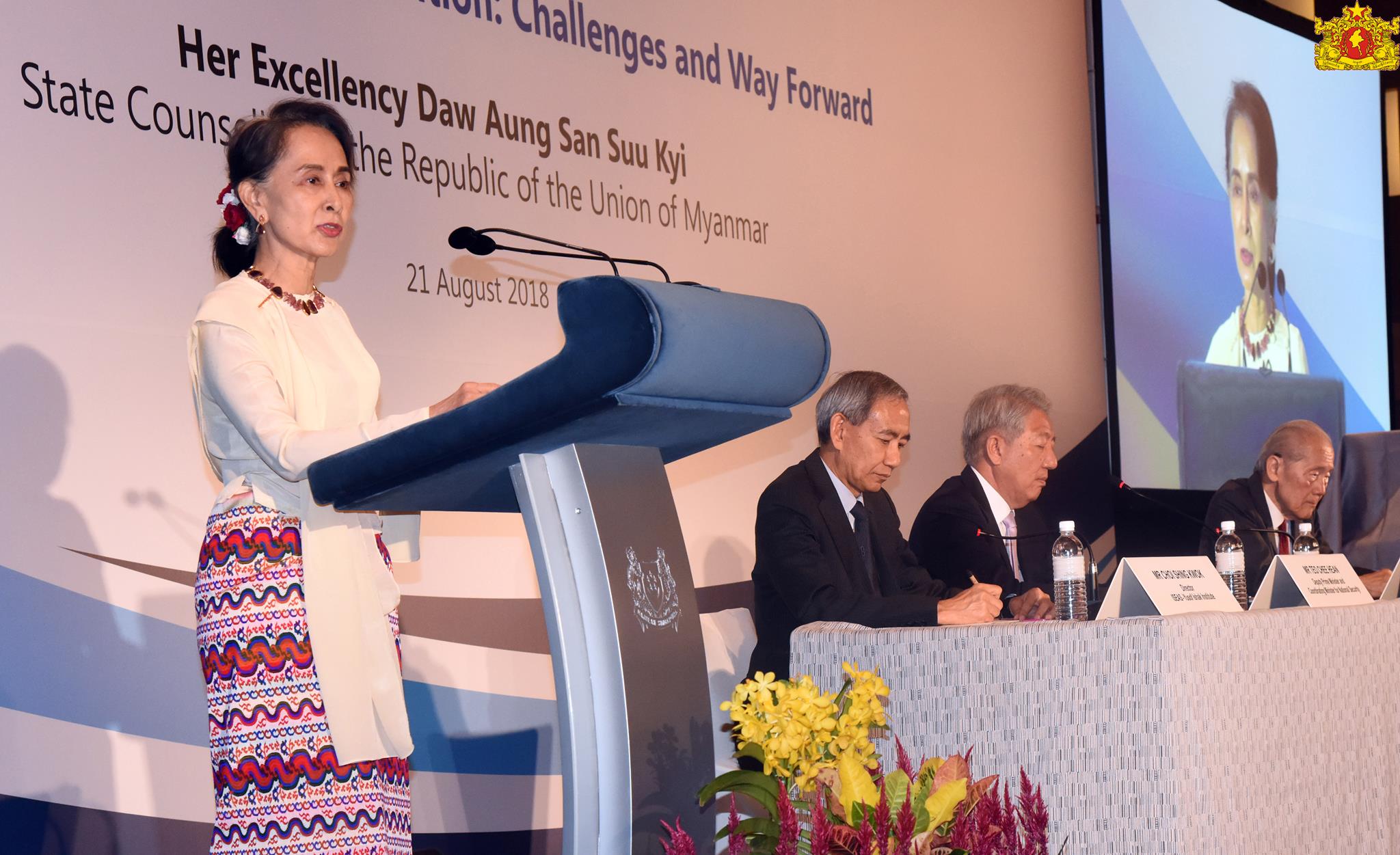 State Counsellor Daw Aung San Suu Kyi gave a lecture titled “Democratic Transition in Myanmar: Challenges and the Way Forward” on 22 August 2018 at ISEAS-Yusof Ishak Institute in Singapore. The ceremony was opened with the address by Deputy Prime Minister Mr. Teo Chee Hean. In her lecture, State Counsellor Daw Aung San Suu Kyi talked about Myanmar’s transition processes, five goals and three pillars of the Myanmar Sustainable Development Plan, which could also be seen as a roadmap for the country’s transition, efforts of the Myanmar government for resolving the Rakhine issue and cooperation with UN agencies, reforms and relaxation of rules for the economic sector and investment in Myanmar, situation of the education and health sectors in Myanmar and cooperation between Myanmar and Singapore. The State Counsellor and officials concerned also replied questions raised by the attendees there. ISEAS-Yusof Ishak Institute is a Singaporean statutory board and research institution established by an Act of Parliament in 1968. Previously known as the Institute of Southeast Asian Studies-ISEAS, the organization was renamed as the ISEAS-Yusof Ishak Institute in August 2015, in honour of Singapore’s first President.

Full text of the speech